Archeologist have uncovered new Maya Tomb with a Body, Treasure and Tales of a “Snake Dynasty” 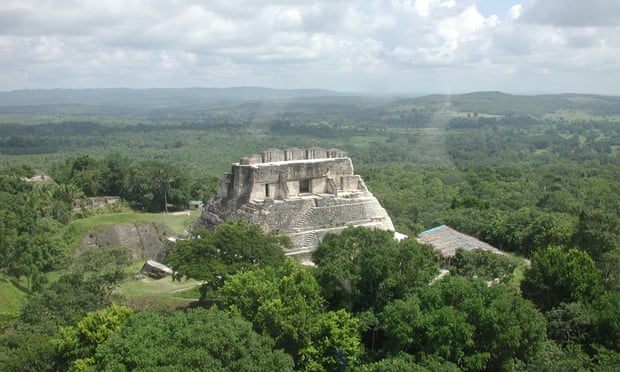 Xunantunich, where archaeologists found a tomb and hieroglyphic panels depicting the history of the ‘snake dynasty’. Photograph: Jaime Awe

Archaeologists have uncovered what may be the largest royal tomb found in more than a century of work on Maya ruins in Belize, along with a puzzling set of hieroglyphic panels that provide clues to a “snake dynasty” that conquered many of its neighbors some 1,300 years ago. The tomb was unearthed at the ruins of Xunantunich, a city on the Mopan river in western Belize that served as a ceremonial center in the final centuries of Maya dominance around 600 to 800AD. Archaeologists found the chamber 16ft to 26ft below ground, where it had been hidden under more than a millennium of dirt and debris. Read more