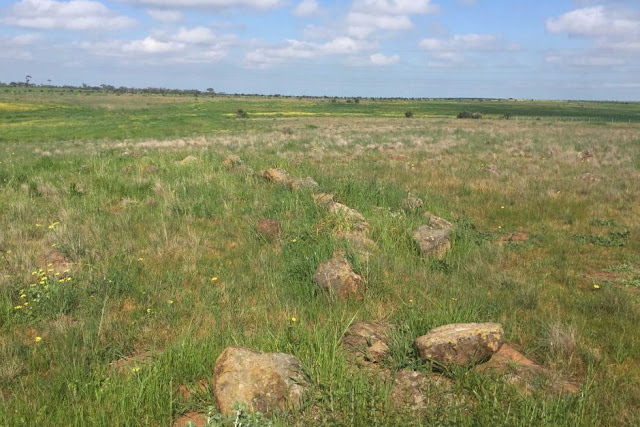 These rocks are thought to have once marked the sun’s journey throughout the year [Credit: ABC: Hamish Fitzsimmons]

An ancient Aboriginal site at a secret location in the Victorian bush could be the oldest astronomical observatory in the world, pre-dating Stonehenge and even the Great Pyramids of Giza. Scientists studying the Wurdi Youang stone arrangement say it could date back more than 11,000 years and provide clues into the origins of agriculture.”Some academics have referred to this stone arrangement here as Australia’s version of Stonehenge,” Dr Hamacher said.

“I think the question we might have to ask is: is Stonehenge Britain’s version of Wurdi Youang? Because this could be much, much older.” If the site is more than 7,000 years old, it will rewrite history and further disprove the notion that first Australians were uniformly nomadic hunter-gatherers. Scientists believe the arrangement of stones was able to map out the movements of the sun throughout the year. Read more