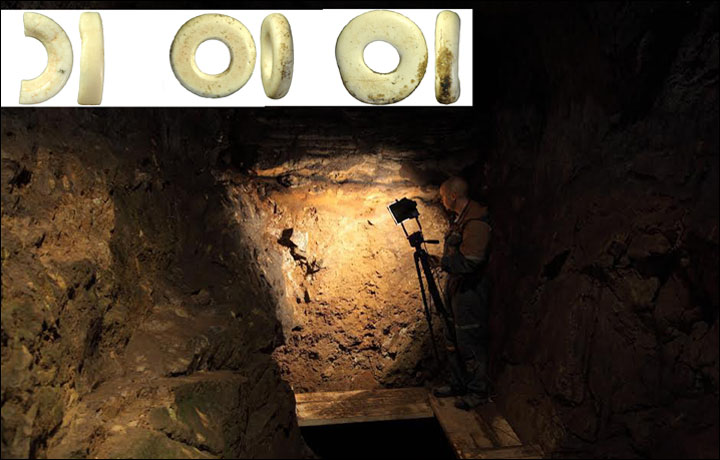 The beads are between 45,000 and 50,000 years old in the Upper Paleolithic era. Picture: Maksim Kozlikin

A fascinating collection of jewellery made of ostrich eggshells is being assembled by archeologists working in the world famous Denisova cave in Altai region. Ostriches in Siberia? 50,000 years ago? Yes, it seems so. Or, at least, their eggshells made it here somehow.

In a month that has seen disclosures of the fossil of a tropical parrot in Siberia from at least five million years ago in the Miocene era, this elegant Paleolithic chic shows that our deep history (some 2,000 generations ago, give or take) contains many unexpected surprises. Read more