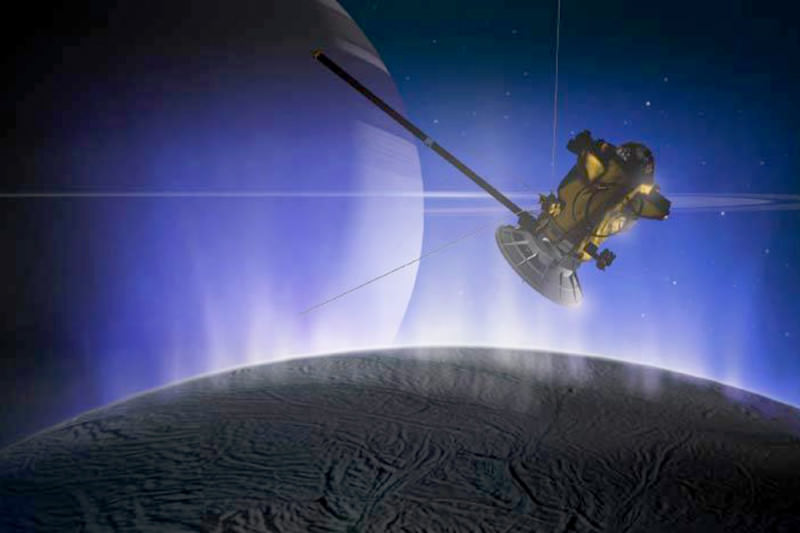 Cassini on its fly through the icy Plumes of Saturn’ s Moon Enceladus.

As NASA’ s Orbiter Cassini flew through Enceladus’s plumes a handful of times in the past 11 years, its instruments were flooded with hydrogen molecules, which are a possible smoking gun for hydrothermal vents in the oceans. If confirmed, those vents would have major implications for life beneath the ice. But it’s unclear whether the hydrogen molecules came from Enceladus or from Cassini itself. That’s because when ice grains in the plumes smack into Cassini’s instruments they break apart, like insects on a car windshield. “They are smashing so fast that they can actually chip the windshield and form tiny craters,” says Bouquet. This releases titanium into Cassini’s instruments, which steals oxygen from the icy water to release hydrogen molecules. Read more